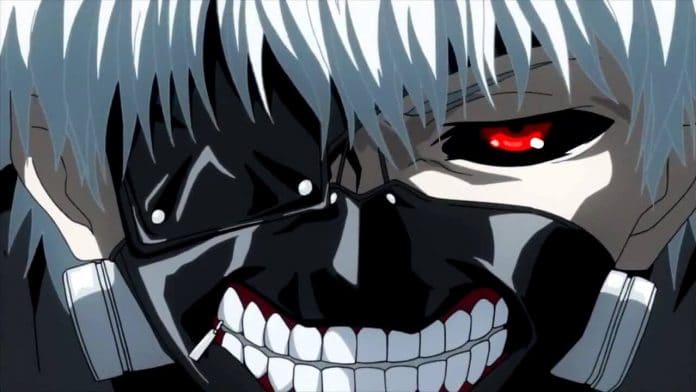 Halloween is fast approaching, so there's no better time to binge some dark and serious anime.

It surprises people just how dark anime can get. If you've never explored these genres, you might be in for a shock. Mature themes, cruelty, death, nihilism, hopelessness, and despair are just some of what's in store for you. It goes without saying, these aren't shows you want to watch with young kids around.

Dark anime doesn't necessarily mean bloody and gory, it's not strictly horror. To me, dark anime isn't something that shocks you with blood and guts spilling everywhere. Instead, it makes you connect with the characters in the story, and feel what they're going through or experiencing.

Quite a few popular shows including Naruto, Hunter x Hunter, and Fullmetal Alchemist: Brotherhood have dark sagas, even if the overall show isn't dark. When I made this list, I tried keeping it to the shows where the overall theme is dark throughout. Here's my list of some truly dark anime shows to watch.

On the surface, this show looks anything but dark. The art and animation style make it look to be an innocent fantasy tale. It's exactly that style that contributes to the dark tones of this series. The art gives everything a friendly look, which is in stark contrast to what the show is about.

The huge cave system known as the Abyss is the only place in the world that hasn't been explored. Countless adventures have been lured to their deaths trying to explore the unknown. Rico, an orphan who lives near the edge of the Abyss wants to become a cave raider and solve the mystery of the Abyss and her mother that never returned from it. Don't let the initial part of this series fool you. This show gets dark fast.

Death Note is the story of Light Yagami, a straight-A student with a bright future, who is incredibly bored. One day he finds a notebook that a Shingami, or god of death, dropped to earth. The notebook has the power to kill anyone who's name is written in it, but the writer needs the target's face and name.

After verifying it works, Light sets out to create an ideal society free of crime. He quickly sets out to kill as many criminals as he can. This doesn't go unnoticed by the police of course. Soon, a highly esteemed criminal detective known simply as L takes up the case. What follows is a tense game of cat and mouse.

What makes Death Note so dark isn't just the murder, but watching how Light changes and becomes the very thing he tried to rid the world of. 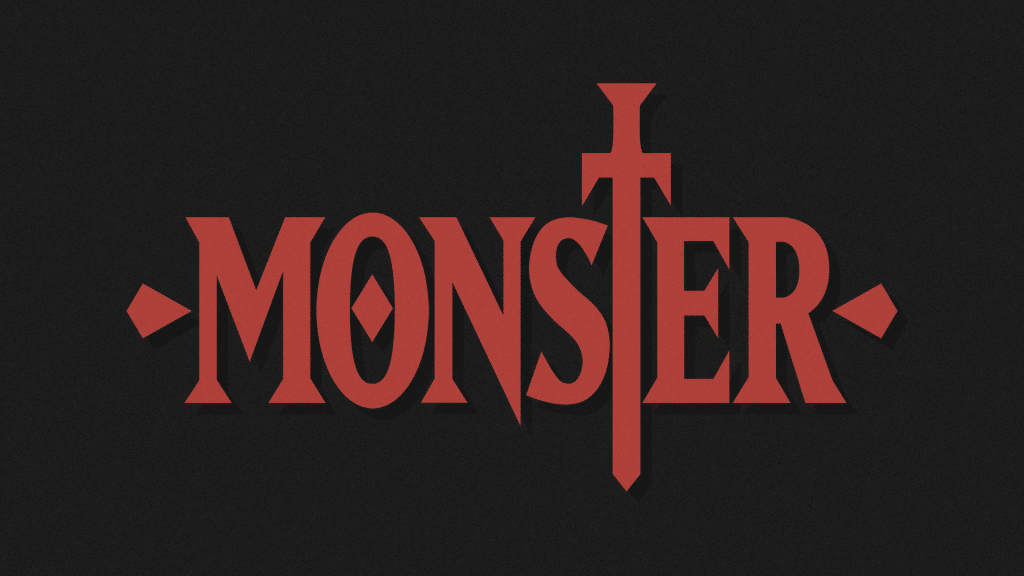 With a title like Monster, you might be picturing giant ogres or beasts. Monster is the story of the genius neurosurgeon Dr. Kenzo Tenma, practicing medicine in Germany. On one of his shifts, two patients arrive in need of emergency surgery. Dr. Tenma has to make a choice between saving an orphan or the mayor of Dusseldorf. Tenma resists pressure from the hospital to save the mayor and opts to save the orphan boy.

This choice leads to a series of events, including losing his position. Soon after, the doctors who replaced him are murdered. His job is restored, but suspicion follows Dr. Tenma as he tries to solve these murders. Monster might start a little slow, but give it time for the story to unfold.

Tokyo has become a city where hellish creatures called “ghouls” live alongside regular people. Ok, ‘live alongside' might be putting it mildly. You see, ghouls like to feed on people, leaving everyone in a constant state of fear.

A soft spoken young man named Ken Kaneki has a bloody encounter with a ghoul, that makes him half-human/half/ghoul. Kaneki struggles trying to find a new place in the world, and contain his hunger for human flesh. This dark anime is filled with gore but has a story that draws you in. I will warn you, the first season is fantastic but the following series isn't as well-loved by fans. It's still worth a watch for sure!

Berserk is based off the manga created by Kentaro Miura. There are several anime adaptations. The one I'm listing here is the series of movies called the Golden Age Arc.

Berserk is the story of a lone mercenary known as Guts. He travels a war-torn country as a sellsword, making his living from one bloody battle to the next. Guts eventually joins a tribe of mercenaries called The Band of the Hawk, and forms a bond with their leader Griffith. They grow ever closer as the Band of the Hawk have continued success on the battlefield.

Tensions eventually develop between Guts and Griffith, as Guts questions his true motives. What follows is a dark and disturbing descent into the horrible fate that waits for them both. The end of the final movie in the trilogy is disturbing.

Humanity is on the brink of extinction. Forced to live in walled-off cities that protect them from giant beings known as Titans who enjoy feeding on humans. Humanity has been safe for one hundred years, until one of the walls is broken by the Colossal Titan, letting other Titans freely enter and slaughter anyone they catch.

The fight against the Titans is led by the Survey Corps, who use special gear and methods to kill the Titans. Eren Yeager witnesses his mother being eaten alive by a Titan and enlists in the Survey Corps to exact his revenge.

Attack on Titan is horrifying, but it's not just the countless people being eaten in half while screaming. It's the sense of helplessness that classify this series as dark.

I tend to think of this show as a dark comedy. I don't think it's intentionally trying to be funny, and that adds to its charm. 17-year-old high school student named Shinichi Izumi lives a quiet life until parasitic aliens start appearing on earth and taking over human bodies.

A parasite tries the usual method of burrowing into the brain of Shinichi, but instead ends up entering his arm. The result is both the parasite, named Migi, and Sinichi inhabit the same body. The two eventually form a friendship and fight to survive against other Parasites. There is some gore, but it gets deep into the question of what it means to be human.

Vindland Saga is a new (to anime) show I recently started watching. It's different in that it focuses on Vikings. The son of a great Viking warrior Thorfinn wants to be just like his father and take part in battles. His peaceful childhood is thrown into chaos when his father is killed by Viking mercenaries.

Thorfinn grows up with the Vikings who killed his father, still vowing to kill the one who struck the fatal blow. Thorfinn is alone, surviving for his pride and dreams of a western land.

Okabe Rintarou is a self-appointed mad scientist. He and his friends invent gadgets in his lab, which is really just his messy apartment. Nothing much comes of the experiments they do until they invent a microwave that changes ordinally bananas into a pile of a greenish jelly substance.

They learn the machine can send messages back or forward in time. What starts out as innocent fun, quickly morphs into life-threatening danger as history is altered, affecting their lives in the present.

There are some cool ‘real world' references in this show, like John Titor. This show has its fun moments, but be ready for a few gut punches. 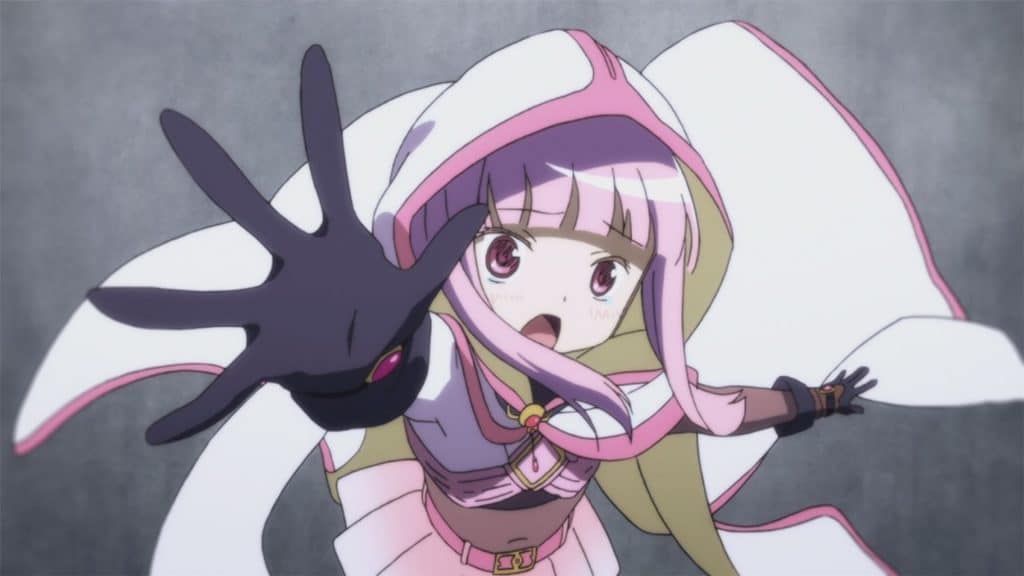 At first, this looks like the last show that would be on a list of dark anime. Madoka Kaname and Sayaka Miki are middle schoolers who encounter a cat-like creature named Kyuubey. Kyuubey says he will grant them one wish, but in exchange, they will become a magical girl.

What could be more fun than becoming a middle school magic girl right? All is not as it seems, as their friendship goes from hope to despair. If this doesn't seem dark enough for you, give it a few episodes.

Neon Genesis Evangelion is a legendary series that originally aired in 1995. Evangelion takes place in 2015 (which was futuristic in 1995!), when the human world has nearly been wiped out. Alien mechs known as Angles are hunting humans towards extinction.

The organization Nerv develops manned robots, referred to as Eva units, to fight the Angels. Shinji Ikar is a depressed teen, but his dad just happens to be the creator of the Eva units. Shinji is reluctantly turned into an Eva pilot.

Evangelion raises a lot of philosophical questions (that people love to debate). It's a dark, bleak, depressing and often confusing look at what humanity could look like. Evangelion is considered a must-see show by most anime fans.

Find out where you can stream these shows in our guide to anime streaming sites and apps.

I hope you enjoy these. Are there any anime series you think should be included in this list? Let me know in the comments :) 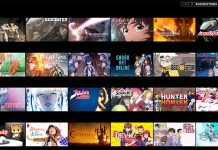